Jessie Poland a.k.a. LACES has accomplished quite a bit in the past several years. She had a #3 album on the Billboard Top Heatseekers chart under her former moniker Charlotte Sometimes. Jessie then appeared on NBC’s The Voice, having all four judges turn around in the blind audition round. Now she is forging a new path under the name LACES. This new project is a way for Jessie to work freely with unique DJs and producers to create engaging electronic-infused pop. I talked with Jessie about the new project, her lead single and her time on The Voice.

Ryan: You are an artist I’ve loved for quite some time since I first listened to “How I Could Just Kill A Man”. What inspired the change/transition from Charlotte Sometimes into LACES?

LACES: I think as I’ve evolved as a human being, my music also had to evolve. I was ready to shed my youth.

Ryan: Do you think being on The Voice affected the way you thought about or approached your music?

LACES: I don’t think it has too much. It was an amazing experience, but I try to let my inner muse do the heavy lifting when it comes to writing music. The one thing it helped me approach differently is being more active on social media.

Ryan: Your new single “Love Me Sober” is great. What inspired the feel of the music? It’s an exciting new direction for you.

LACES: I started listening to a lot of different music and wanted the production bed for LACES to reflect that.  I also was working through a pretty heavy year, so I feel the electronic nature of the music made more sense.

Ryan: Will you be releasing an EP/Album later this year?

LACES: Sometime in June I will be releasing an EP. Stay tuned! 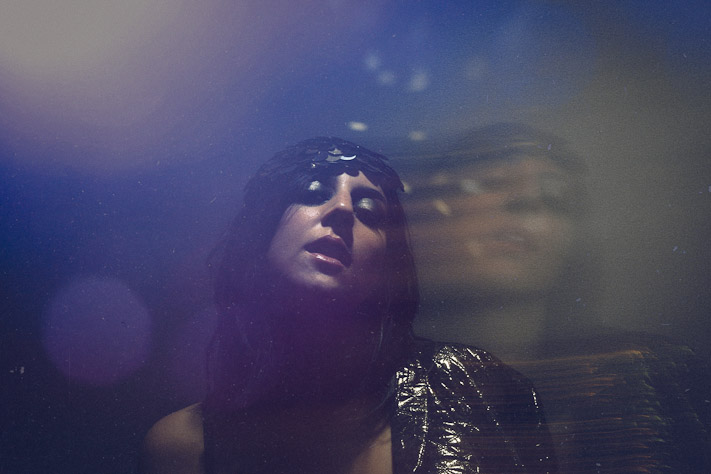 Ryan: You’ve been writing quite a bit about music and entertainment on your ROK MOBILE blog. I’ve enjoyed your thoughts on new music. What are some of your favorite songs from 2015 so far?LACES: Hmm. That’s tough! But here are a few that really caught my ear:
Banks- You Should Know Where I’m Coming From
Elle King- America’s Sweetheart
Alvvays- Archie, Marry Me
The Chainsmokers feat. SirenXX- KayneRyan: What have been some of your favorite things about moving to LA?

Ryan: Anything you’d like to say to your fans?

LACES: Thank you for continuing to support me. It is truly an honor to make music for you. Thank you for giving me the opportunity.