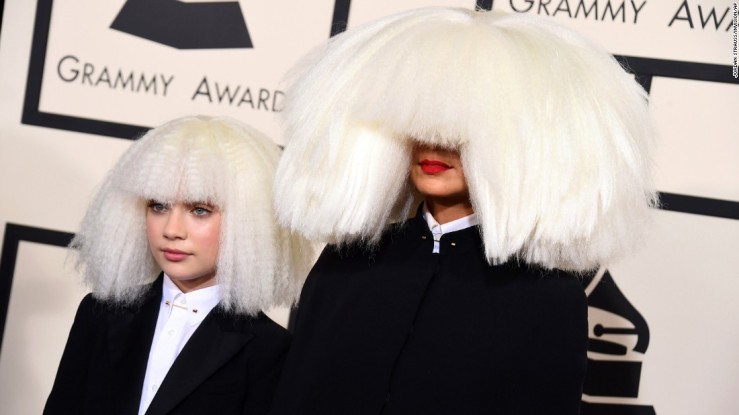 2015 is almost over. It was a great year for music. As always, I like to end the year with a list of my favorite tracks and albums. There was a lot of great music that came out in 2015, and a few wonderful surprises. Below is the list of my top 25 tracks and top 10 albums of the year:

Marina and The Diamonds – FROOT

Sleater-Kinney – No Cities to Love

10) Sufjan Stevens – Carrie & Lowell
Carrie & Lowell is a sombre and soft reflection on the thing humans fear most: death. The contemplative lyrics and quiet melodies on such tracks “Should Have Known Better” and “Fourth of July” deliver Stevens most introspective record yet.

9) Jesse & Joy – Un Besito Más
Jesse & Joy’s new album is a more serious outing than their last album. That isn’t to say it doesn’t have its fun moments (“More than amigos”). It’s great to see the brother-sister pair grow their sound while staying true to the styling that have made them such a success.

8) Empress Of – Me
Me is the debut album from Lorely Rodriguez. The record is a successful experiment in art-pop that echoes back to feelings of Austra’s Feel It Break with the sensuality of Jessie Ware. Rodriguez deals with all the stages one goes through a relationship with the raw emotion of one who’s experienced great love and loss.

7) Shamir – Ratchet
With all the fun nu-funk of a Cocknbullkid effort, Shamir gave 2015 it’s most relevant pop album. Tracks like “Demon” take contemporary pop beats while adding the depth and smoothness of a R&B track. Starting with the first single “On The Regular”, Shamir is apologetically queer, brash and wise beyond his years.

6) CHVRCHES – Every Open Eye
CHVRCHES don’t stray too far from the path with their sophomore album. With the soaring “Clearest Blue” to the shout-along chorus of “Leave A Trace”, the trio bring yet another great electro-pop album. Sometimes there’s no need to mess with a successful formula. The group took what worked the first time around and made it bigger and bolder.

5) Björk – Vulnicura
It’s often deep loss that translates to great songwriter. No album in 2015 can that be felt more than on Vulnicura. Throughout the album Björk chronicles her breakup with partner Matthew Barney.

4) Grimes – Art Angels
With Art Angles, Grimes gives her most infectious album yet. “California” is a perfect example of Boucher making her twisted version of a upbeat pop track. Grimes takes her grunge and electronic sensibilities and fuses them into gems like “Flesh without Blood” and “Kill V. Maim”. Art Angels feels like listening to the best Japanese rock girl group overdosing on pixie sticks and acid.

3) Miguel – Wildheart
Wildheart is sensual as hell. Pure and simple. From the first note in “Coffee” you can hear Miguel giving you his best pillow talk. That’s not to say that the album doesn’t have more serious moments. “what’s normal anyway” finds Miguel trying to navigate the complexities of being a bi-racial outsider in today’s society. It’s the stripped-down tracks like “Simple Things” where Miguel’s honesty and silky vocals truly shine.

2) Florence + the Machine – How Big, How Blue, How Beautiful
Welch, Summer and crew took a more bare-bones approach to their third outing. The stripped tone of the album brings a closeness to the mind of Welch than previous efforts. While inflecting notes of blues and gospel, Florence + the Machine have given us their more raw and endearing album yet.

I’ll be the first to admit, this album came as a total surprise to me. I’d never have thought the “Call Me Maybe” singer would ever make into into my rotation, much less #1 on my year end list. With emotion, Jepsen has delivered the catchiest pop album of the year. Just try to get “Run Away With Me” or “Your Type” out of your head. The 80’s inspired album delivers top-notch production and irresistibly cheesy lyrics. It’s hard to not sing along to the “Boy Problems” which was co-written with Sia. While many are justifiably praising the introspection  and complexity of Kendrick Lamar, sometimes it’s nice to have a damn perfect pop album.

One thought on “Our Top Tracks and Albums of 2015”