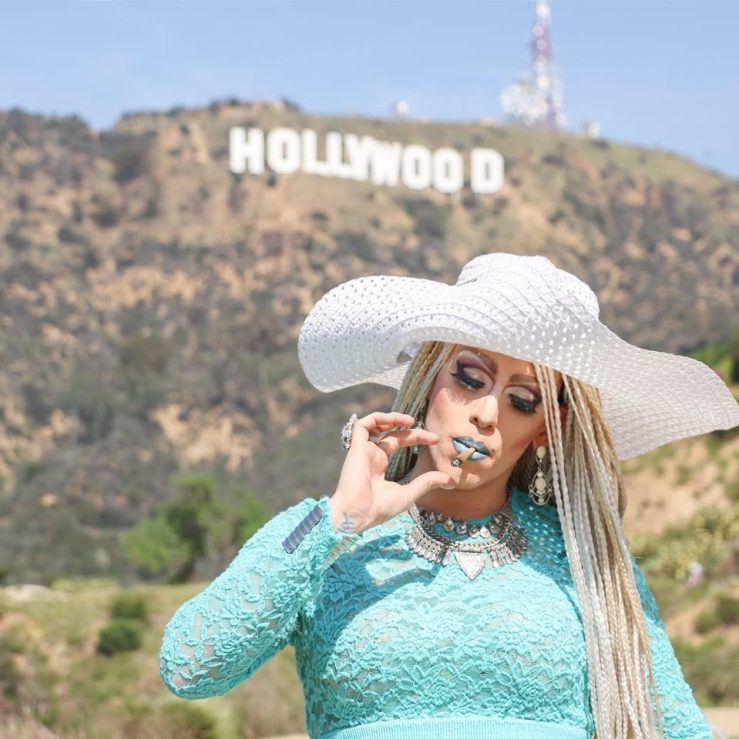 Cake Moss is one of the hardest working queens in drag right now. Moving from Ohio to LA to pursue her dreams, Cake has worked in TV, commercials and movies. She has released several singles, including her most recent “Keyboard Warrior”. When she’s not busy destroying the runway with her amazing dancing, she is guesting on talk shows and hosting her own web series. I talked with Cake about her dancing inspiration, what it’s like being compared to Ru Girls, and what drag means to the LGBT community.

Ryan: You are a phenomenal dancer. What inspired you to dance?

Cake:What inspired me to start dance was The Pussycat Dolls and Ciara! I’ve been dancing since I was 11. Dad made me stop. The Dolls pushed the spark back in me when I would watch and learn their videos while on house arrest. Lol. I know, I know.

Ryan: You posted pics on Instagram teasing #cakecovers. Can you tell us more about that?

Cake: Cake Covers is a new venture I’m trying out in the Youtube realm! I really, really connect with hip hop and R&B but it’s a male dominated scene. Seeing as that I’m a female impersonator, Cake Covers is me covering/re-wording some of my favorite songs. Mostly Drake though, [laughing] I love Drake.

Ryan: What is one of your all-time favorite songs you have lip-synced to and why?

Cake: That’s a hard one. I only lip-sync to music I love. If I have to choose I would say “Partition” by Beyoncé gives me the feels.

Cake: They compare all day long! The dynamic is awful and I’m working my ass off to change it. It wasn’t so bad awhile ago; but the show has turned into such a machine now, that most people don’t see you or pay much attention unless you’ve been on the Race. I find it funny because I travel the country like they do. I do TV gigs in and out of drag. I have music out and share the same stages as most of them (and I slay). I (and a lot of local queens around the country) work just as much as Race girls. But the gag? We as non-Race girls have to work one thousand times harder for one-eighth the recognition. Most of it going unseen because Ru’s name isn’t attached.

Ryan: If you could perform anywhere in the world, where would it be?

Cake: I would love to perform in every country around the world! There’s a million plus stages and I want to be on them all! I only really feel like I fit in when I’m on stage.

Ryan: Do you think drag queens kind of have a special power for gay people? I’ve always kind of seem them as gay super heroes.

Cake: As queens we are staples of each community we are in. We’ve led marches, protests, and walked the front lines for years and years now. As a drag queen there’s two things, when you’re in drag and out and about doing your thing you are at the top of the gay scene as a queen would be in regular life. People listen when we have our makeup and wigs on and they praise us, but when you flip the script and we get out of drag the power is gone and you’re just a normal human. And the dating scene! Girl, don’t even try it just gets messy. 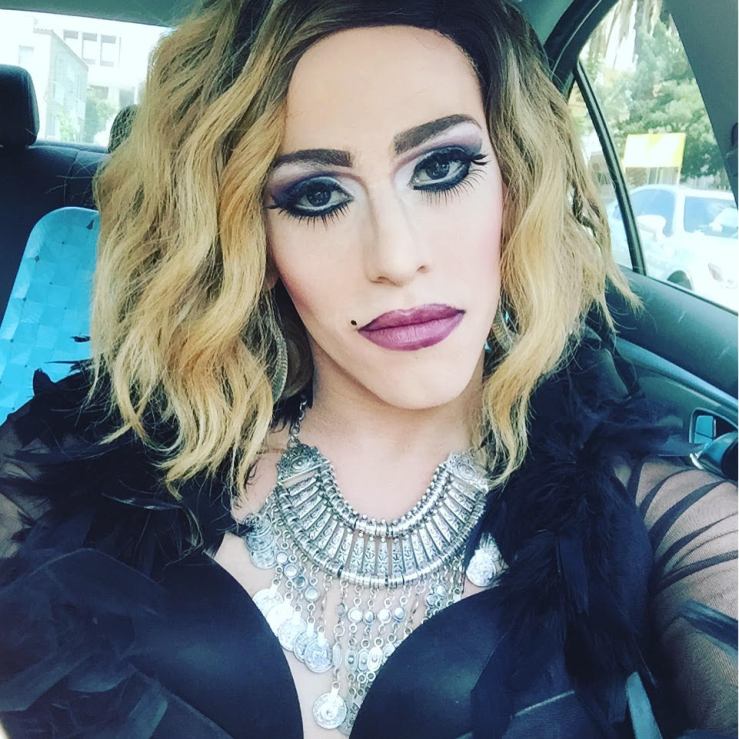 Ryan: What’s next for you?

Cake: What’s next for me is continuing to slay the world! That’s the cakeover! I have a lot of projects going on right with TV shows and guest spots on talk shows, filming Cake Covers, traveling to different cities, and of course continuing my talk show Spill the Tea with Cake and Melissa B and our man candy Evan Lee on Zhollywood.TV every Monday at 5pm PST.

Cake: If any younger queens are reading this and grab anything out of what I’m saying I hope that it’s you really don’t need to be on Drag Race to be a successful drag queen. If that’s the only reason you’re doing it, maybe reconsider why you put on that wig!

2 thoughts on “﻿Interview with Cake Moss”